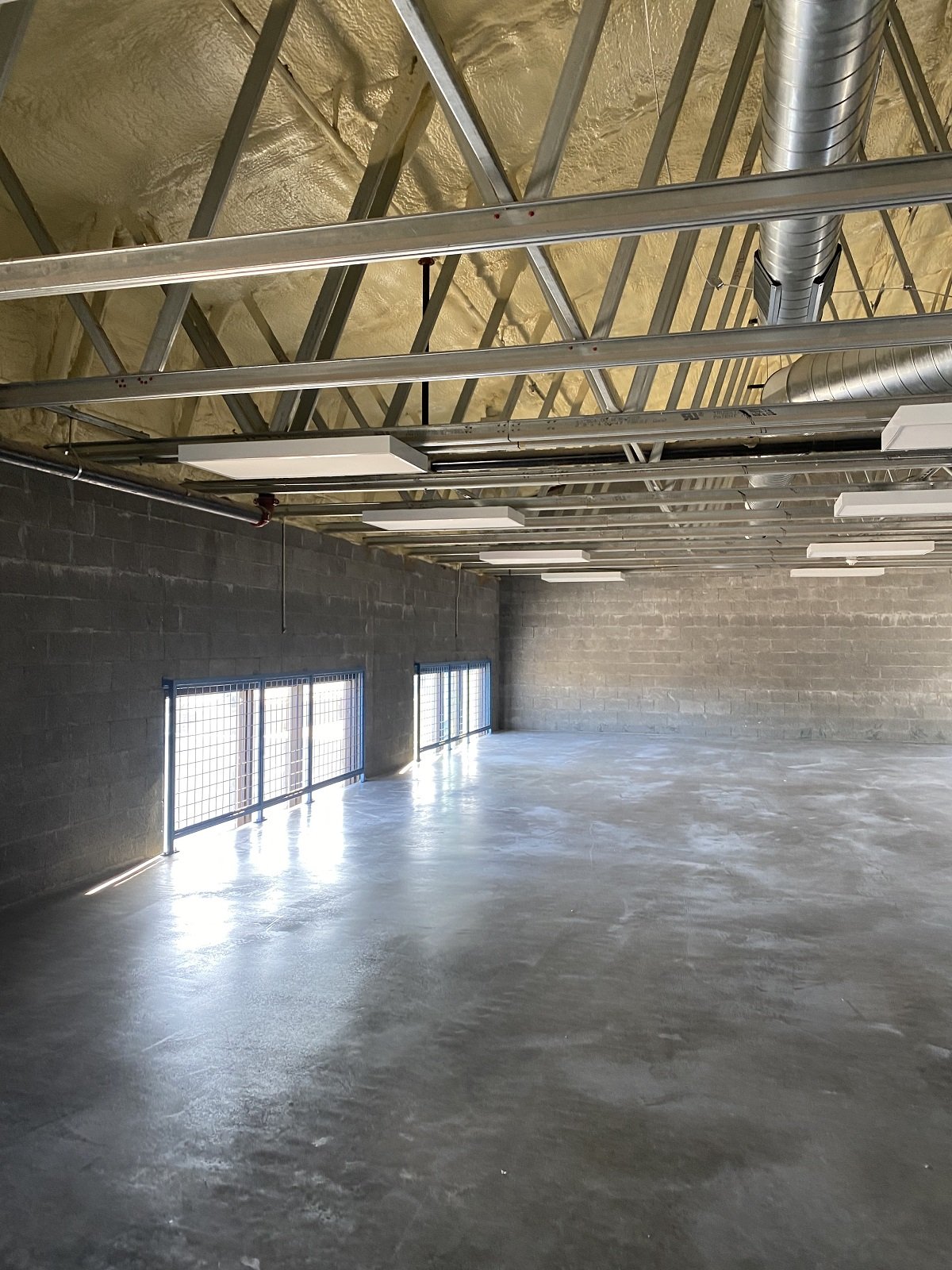 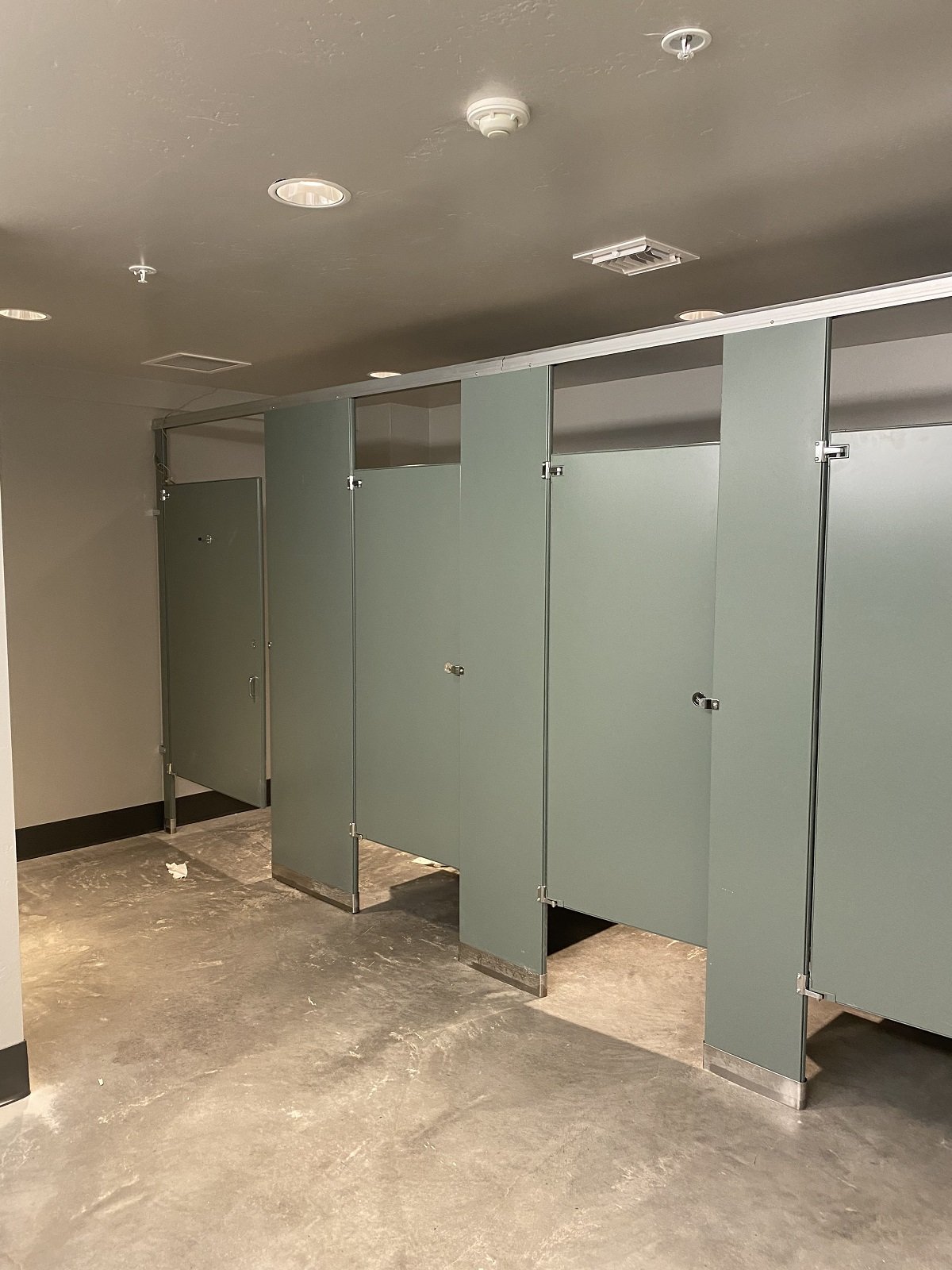 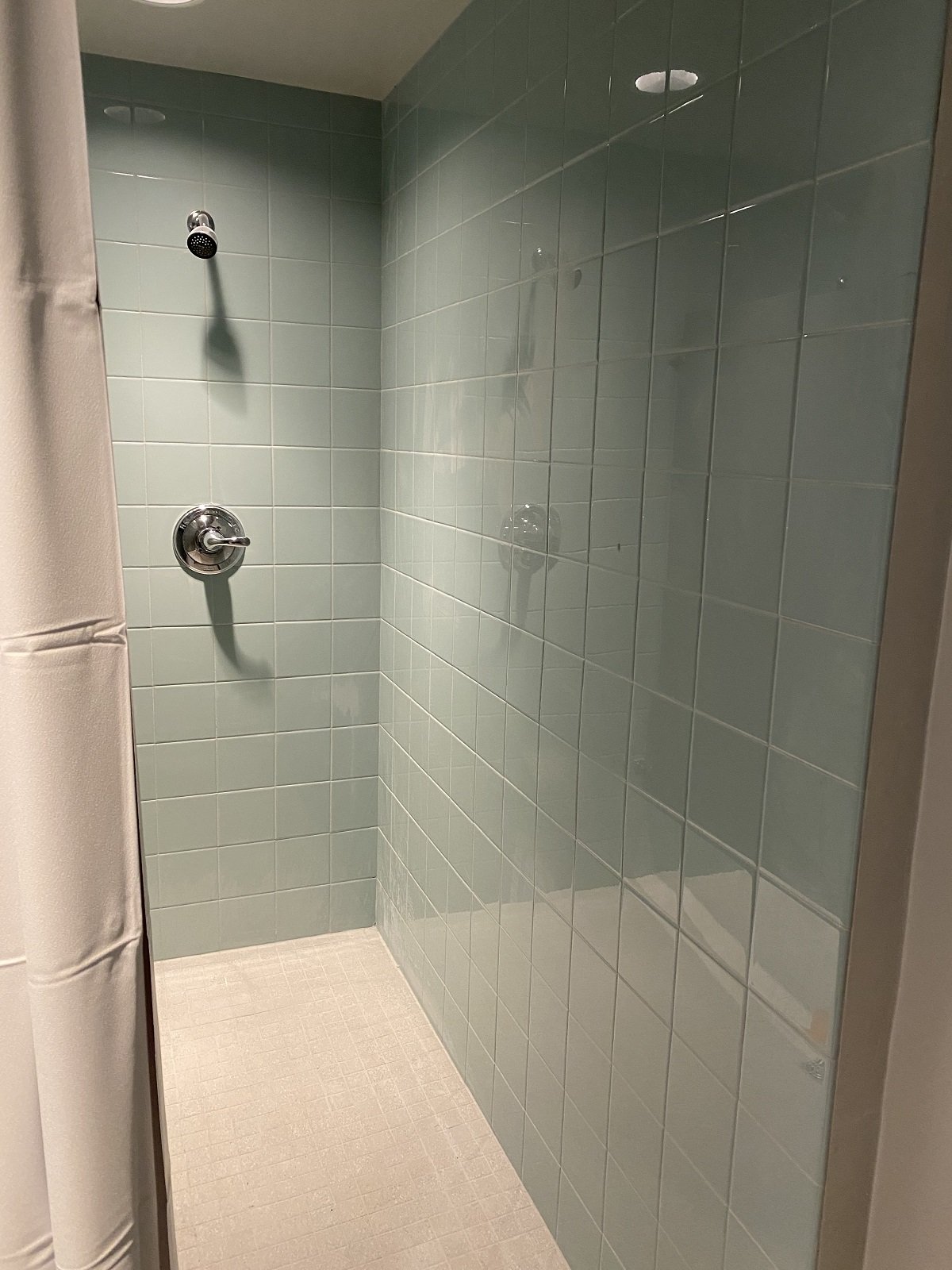 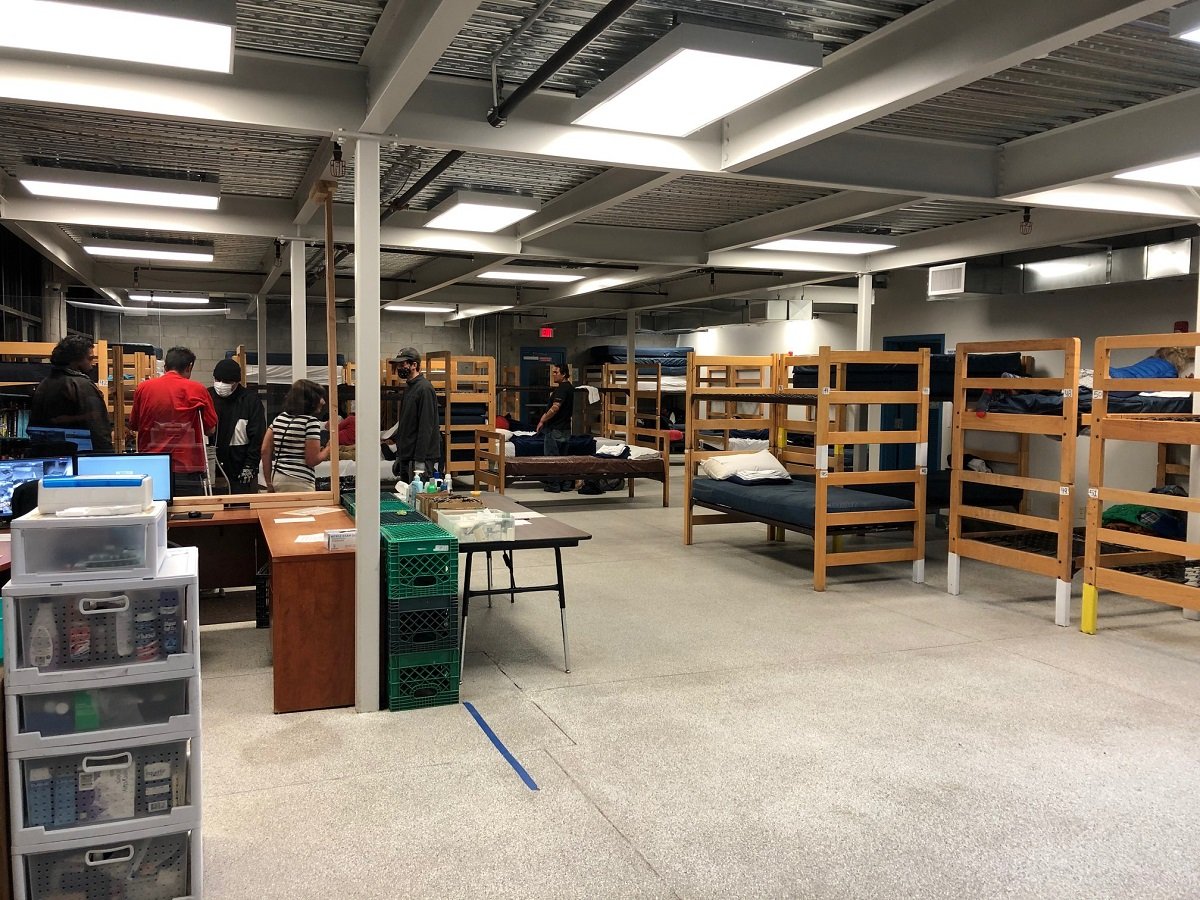 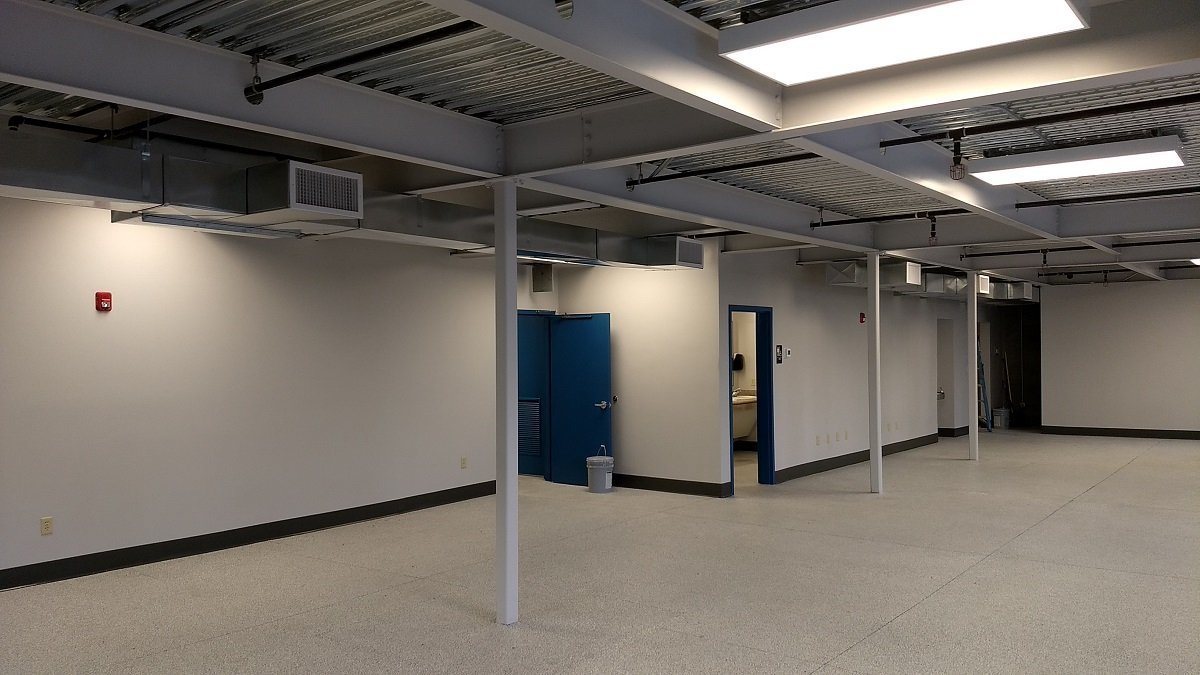 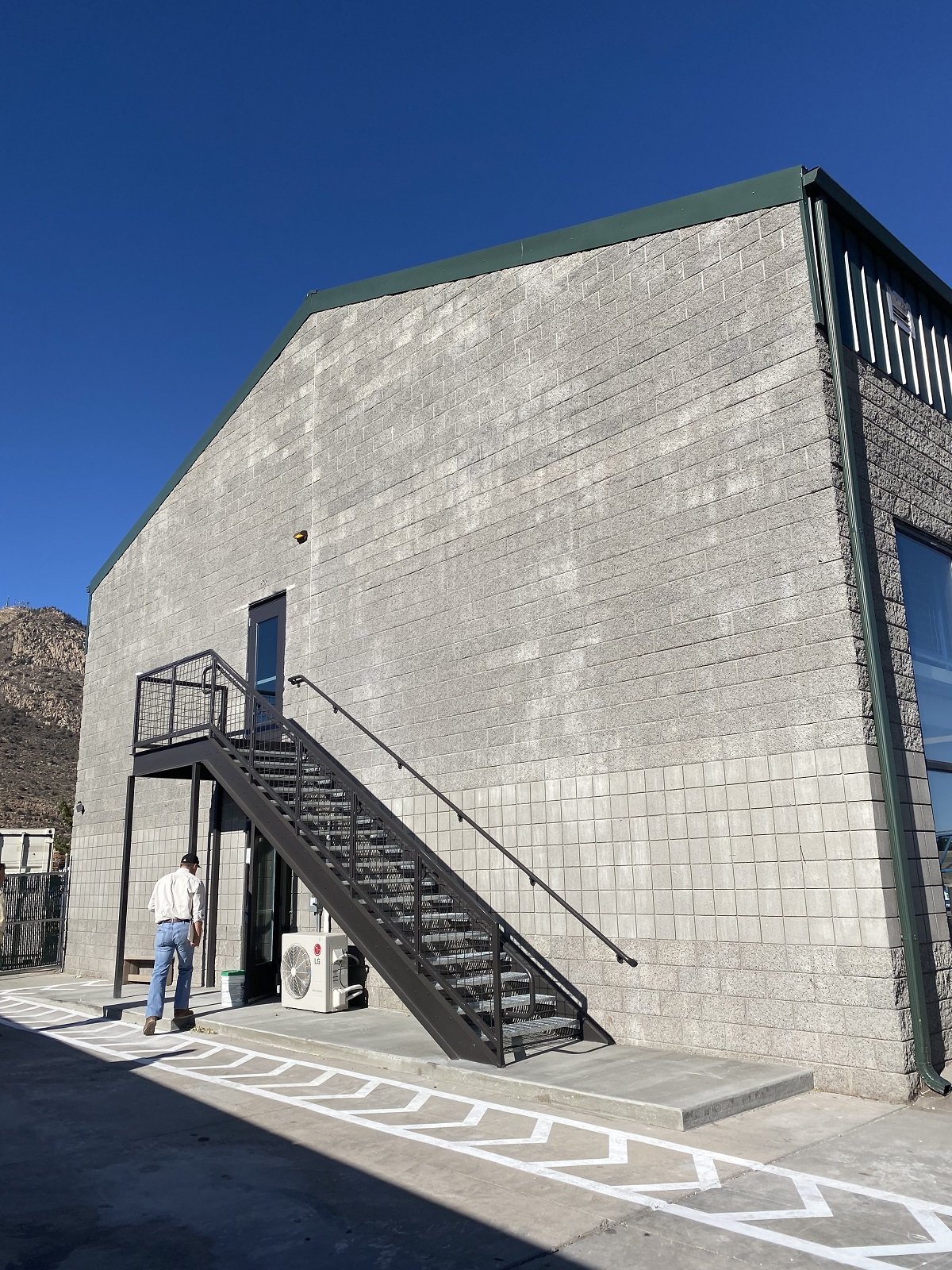 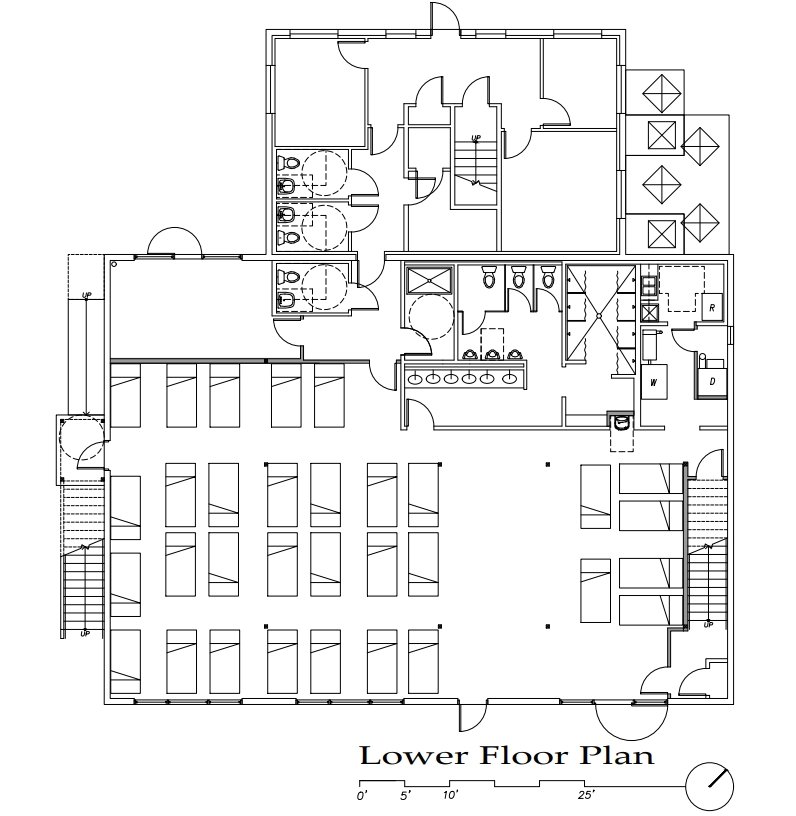 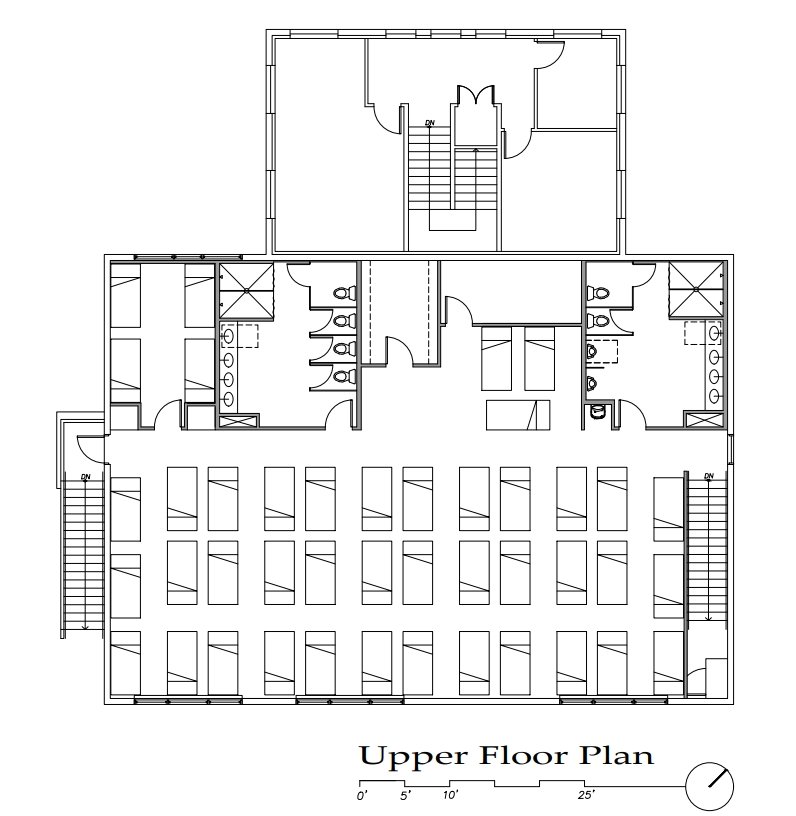 Flagstaff Shelter Services, a non-profit dedicated to serving the needs of Flagstaff’s homeless, has been functioning out of an existing building that in 2013, PWMA renovated from a warehouse to a homeless shelter. This project’s intent was to upgrade the facilities and double their sheltering capacity. To prevent loss of yard space, the project increased shelter capacity by adding a second story to the previous warehouse space. The second story doubled the number of bunks, as well as added more bathrooms, showers, and a sobriety room. New interior and exterior stairs access the new floor. The first story added a meeting room for lectures and classroom learning.

The existing building had issues with extreme heat in the summer and cold in the winter since it was originally built as an industrial warehouse space. PWMA added to the project scope a thick layer of spray foam insulation on the ceiling to increase thermal envelope sealing. Also, the owner decided to add an HVAC system to allow for more control over thermal confort throughout the building. The new floor was specially detailed to keep the existing tall storefront windows to maintain lots of natural sunlight into both of the levels.